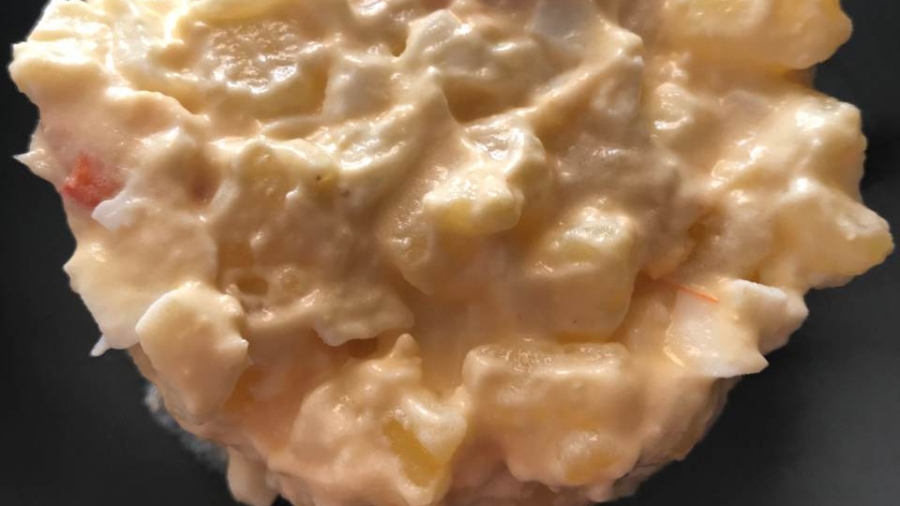 Forget about  the Russian salad  you might have had more often than not  at school.

The origin of a recipe known internationally as Russian Salad (Ensaladilla Rusa) is associated with a rather baroque cold dish that included game meat and mayonnaise. It appears that it was invented by Lucien Olivier, a 19th Century chef from Belgium working in Moscow.

As it is, the original recipe has very little to do with what today is known in Spain as Ensaladilla Rusa which is not a salad (ensalada) in the old fashion way, nor does it comes from Russia.

Traditionally an ensalada tends to include lettuce leaves among other ingredients such as tomatoes and it is always dressed with olive oil and vinegar.

In Spain Ensaladilla which always includes mahonesa sauce has become a recipe associated with excellence and the best tapas bars in town.

Canalones as a Festive Dish

In the 1950’s Spain, Ensaladilla Rusa became synonymous with a dish cooked with potatoes, carrots and mahonesa sauce as well as a number of other ingredients that would follow cooks taste : boiled eggs, tuna, olives, gherkins or roasted red peppers.

To complicate things even more, in the last few years professional kitchens have included in their menus numerous Ensaladillas that have changed the term Rusa for the name of one of the ingredients, normally a less traditional one. This is the case of my own Ensaladilla de Gambas.

The photograph comes from a superb small gastro bar I recently discovered in my beloved Aracena : VITA VINUN Espacio Gastronómico.

Here not only the food is outstanding, the selection of wines offered is a true showcase of what Spain is producing today at very reasonable prices. To enjoy with their ensaladilla de huevas (cod roe) I was served an utterly delicious wine from Rueda – Valtravieso Nogara 2018 from Bodegas Valtravieso in Puras, Valladolid. 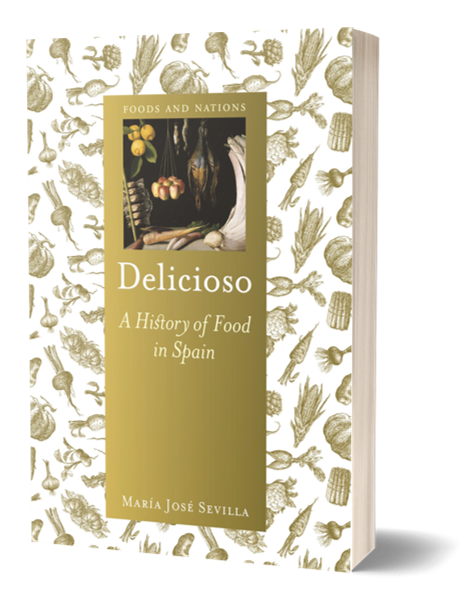 Trace the Food of Spain from Antiquity to the Present Day.
Get this Masterpiece now!

The photograph comes from a superb small gastro bar I recently discovered in my beloved Aracena : VITA VINUN Espacio Gastronómico. 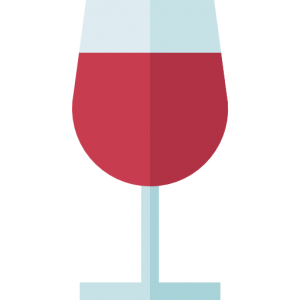 To enjoy with their ensaladilla de huevas (cod roe) I was served an utterly delicious wine from Rueda – Valtravieso Nogara 2018 from Bodegas Valtravieso in Puras, Valladolid. 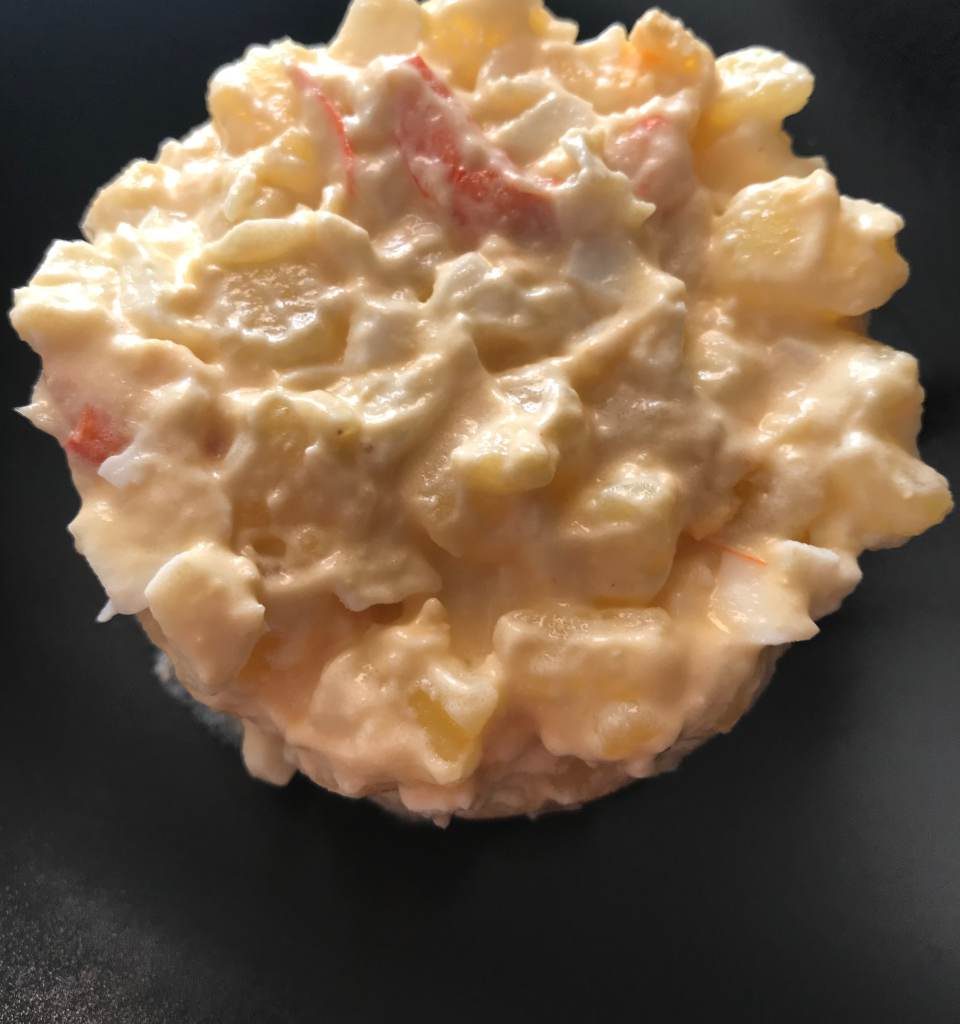 Salt and black pepper to taste

In a saucepan bring to the boil the potatoes, the carrots and the egg. After 12 minutes remove the egg and set aside.

Carry on cooking the potatoes and carrots for another 20 minutes or until tender. As the carrots will be well cooked, place them on top of some ice.

The colour and texture will improve. The potatoes should be tender but still slightly firm. Peel the eggs and separate the yolks, as only the whites, finely chopped, will be used. Peel the potatoes and chop them very small.

Do the same with the carrots. In a bowl mix the potatoes, carrots and chopped egg whites. Season with salt and pepper. Cover with cling film and place in the fridge for two to three hours.

Meanwhile cook the prawns in boiling water until they turn pink. Do not overcook. Place them on ice for a few minutes. Peel them and reserve under cling film. Prepare the mahonesa.

Remove the cling film from the potato and carrot mixture. Adjust the seasoning if needed.

Now is the time to add the prawns cut into two or three pieces. Mix together well and serve accompanied by some bread sticks.

Trace the Food of Spain from Antiquity to the Present Day.
Get this Masterpiece now! 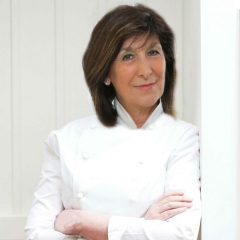 MARIA JOSE SEVILLA
María José Sevilla has for much of her career been a broadcaster and writer of Spanish food culture. Her previous books include Life and Food in the Basque Country (1989), Spain on a Plate (1992) and Mediterranean Flavours (1995). She lives in London, UK. 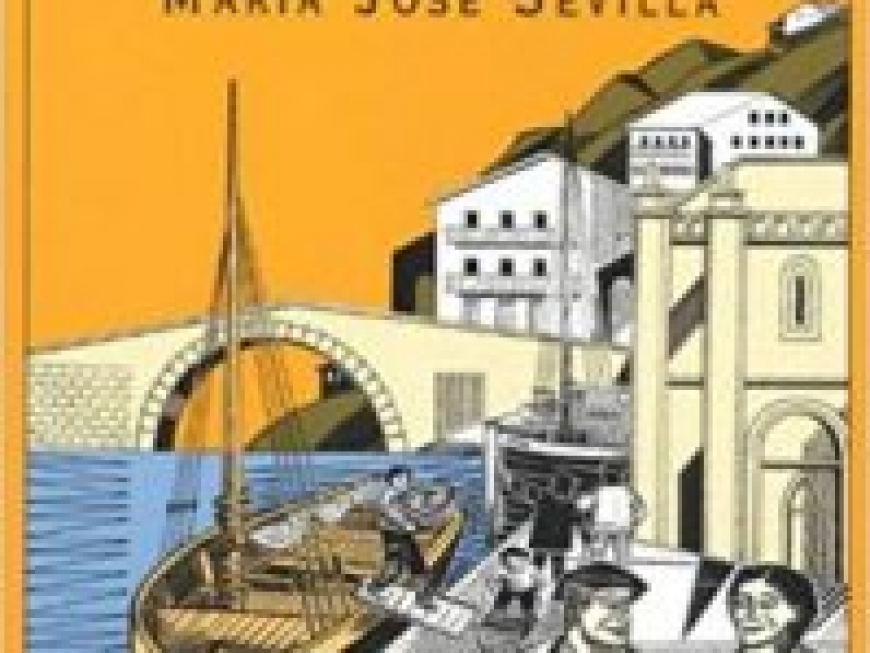 Life and Food in the Basque Country 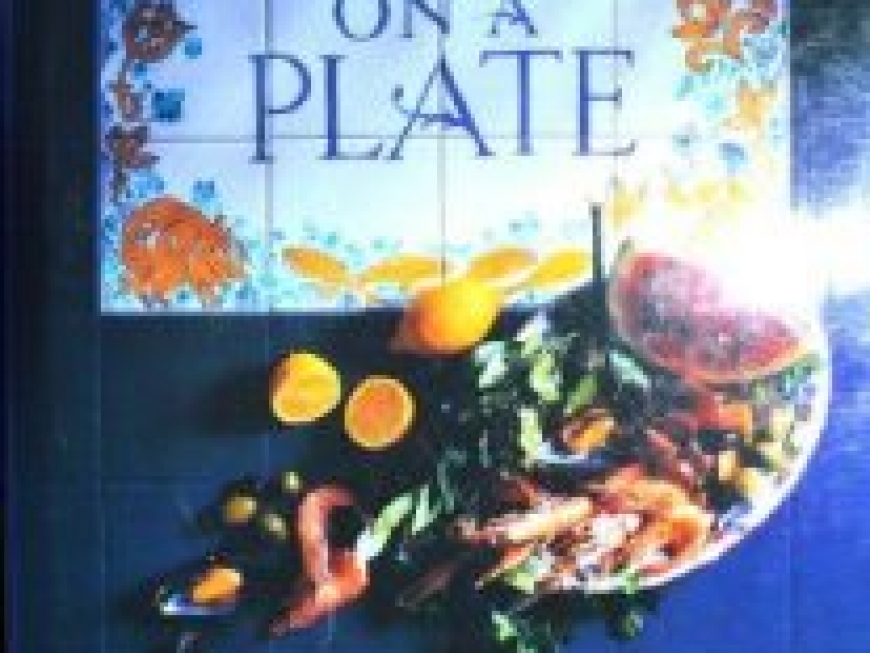 Spain on a Plate

£10.00 Get the Book!
Shopping Basket
We use cookies to ensure that we give you the best experience on our website. If you continue to use this site we will assume that you are happy with it.Ok